Is Finnish beef an eco-friendly product or greenwashing?

Climate change is a hotly debated issue but animal farmers and their advocacy groups are trying to rein in attempts to point an accusing finger in their direction.

Producing food of animal origin takes more energy, water and land area than producing plant-based food. Producer organisations have, however, voiced their desires that media instead focus their attention on things like emissions from air traffic and cars. This despite, among other things, the IPCC (Intergovernmental Panel on Climate Change) report finding meat production to be a significant cause of emissions and urging everyone to cut down on meat consumption. 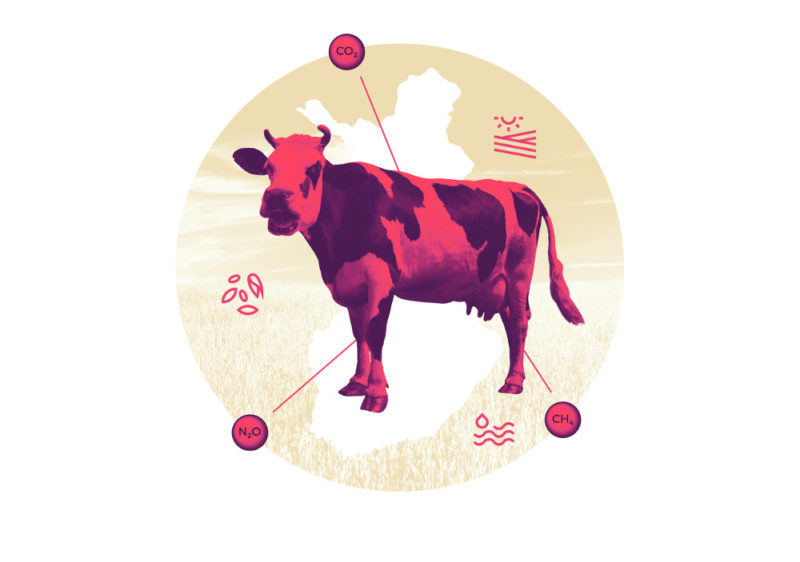 Ville Lähde, researcher at the independent multidisciplinary research unit BIOS, points out that there are no ‘other countries’, among which Finland would radically stand out. Lähde says such a claim would place countries including the United States, Brazil, Poland, Sweden and Australia on an equal footing.

”Even researchers at Natural Resources Institute Finland have reminded us that Finnish production isn’t significantly different to the rest of Europe in climate emissions. Our more sustainable water resources are sometimes used to vindicate Finnish production, and the argument is just fine. But you can’t place different kinds of environmental problems at the same level for comparison. Every country must radically reduce its climate emissions to avoid the worst climate scenarios. This can’t be avoided just because water management is in order”, Lähde says.

Finnish beef cattle mainly eat grass, and this argument is also used when greenwashing Finnish beef to appear environmentally friendly. More than 700,000 hectares (2,702.7 sq. miles) of land are used to grow forage for animals in Finland. Due to requirements placed on farms by the current agricultural policies, more and more forests and peatlands are being cleared for livestock production, especially for manure application. Cutting down forests and clearing peat bogs, however, turn good carbon sinks into sources of emissions.

This is particularly harmful for swamps, more than 3,000 hectares (11.6 sq. miles) of which are turned to arable land each year. Agriculture on peatlands is already producing more emissions per year than private car traffic. Yet this is ignored when calculating greenhouse emissions of food products. If it was considered, the climate impact of Finnish agricultural products would be markedly higher. Cleared peatlands turned into fields can be found especially in Northern Finland and Ostrobothnia which are also among the most important regions for livestock farming.

It is also notable that only a tenth of all the grain grown in Finland ends up being used for human consumption. When circulated through an animal’s digestive system, people only end up with trace amounts of its calories and proteins. Even if cattle are mostly fed grass, not foreign soy, it does not make Finnish cattle farming sustainable.

We are often told we can eat Finnish beef with a clear conscience because more than 80 per cent of it is produced as a by-product of dairy industry. According to Ville Lähde, this claim assumes that nothing would change in the big picture of food production, i.e. the production volume would remain the same.

“However, the food system will have to change, so future consumption patterns can’t be estimated based on the current production”, he says.

”In practice, there is no such demand in the political field; instead, there is talk of changes in production volumes, diversifying production, reforestation, and so on.”

According to Lähde, those who pose such questions are obscuring the debate rather than really wishing to contemplate the future of the food system. 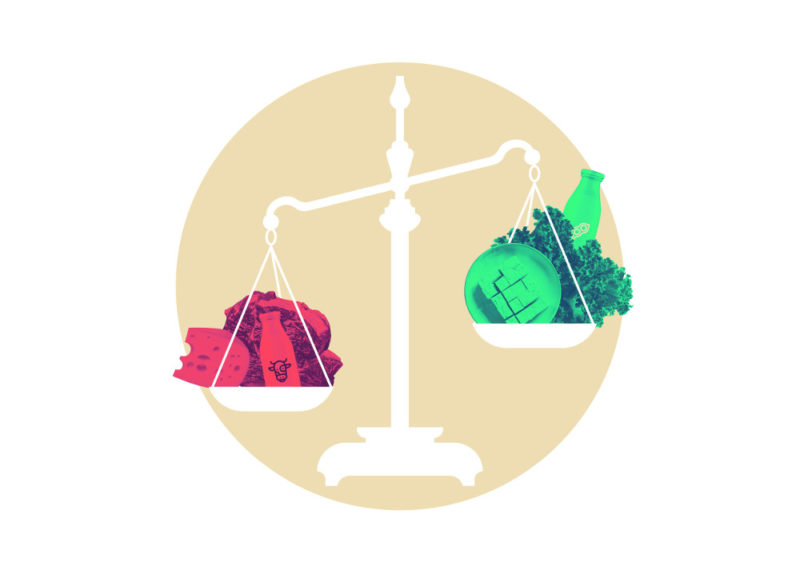 In a situation where researchers around the world are concerned about the state of our climate and environment, no major cause of emissions should be given a free pass. Emissions from beef and dairy production are substantial, no matter what arguments are used to explain them away.

For instance, we are told that it makes no difference how many glasses of milk an individual drink if they skip a trip to Thailand. According to Lähde, such rhetoric is depressingly common in today’s public discussion.

”People take turns complaining of how climate change is being blamed only on those who drive, only on those who fly, only on those who eat meat, only on someone else. However, there must be lifestyle changes in all areas of life. Such comparisons in the spirit of ’not me but them’ only obscure the climate debate. So it is also with complaints that concern for forest carbon sinks plays down the importance of reducing emissions.”

Carbon dioxide is a powerful greenhouse gas; in the short term, methane is even stronger. When one cow produces hundreds of litres of methane each day and there are nearly 900,000 cattle in Finland, the numbers are not insignificant. Yet producers have made promises that the carbon footprint of dairy production would be down to zero in the 2030s. Milk is almost turned into an ecological product by switching to plant-based packaging and organising more direct transports for the products. The producers vow that there are even plans to do something about the climate emissions of peat bogs converted to farmland.

He says the important thing is whether total emissions are brought down.

”It takes cleaner energy production, reduced methane and nitrogen oxide emissions, and support for carbon sinks. Methane emissions from farmed ruminants can’t be done away with, so there will always be some emissions – actually, in all forms of agriculture. What is important is how total emissions in society develop, meaning whether emissions will be brought lower than carbon sinks. A strong focus on animal production makes this harder”, says Lähde.

And in this cut and thrust of climate and environment debate we must not forget that at the core of all animal production is a sentient animal. Production animals are rarely provided conditions that allow species-specific behaviours. Animal rights need to be an important part of the climate debate as well.

This article originally appeared in Animalia magazine 1/2020. Are you interested in the magazine? Join Animalia here and receive the magazine as part of your membership. (The magazine is only published in Finnish.)